In this entry, I am happy to be writing about something I have feelings
for and about. Documentation is one of those core needs in the maslow pyramid
of technology, yet far too often overlooked. 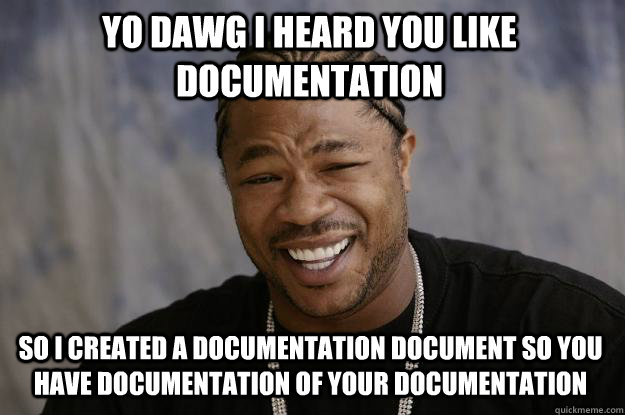 It sounds easy, right? Just write some documents on what youre doing. Wrong,
that attitude does not scale. Unmaintained documentation is worse than no
documentation, and documentation accumulates the same technical dept as code,
thus it should be treated with atleast as much love.

In addition documentation means so many different things, so in order to have
any communication on this subject, we need to specify what documentation even
means.

Documentation comes from the english word “Document” which means
a “representation of thought”. Man, thats deep.

TL;DR on this chapter: Documentation can roughly be divided in two, Process
documentation for the devs, engineers and whatnot which needs some level of
technical competence to read, and User documentation which is for those pesky users
who doesnt necessarily have years of experience with the technology you spend
your life building.

Lets go through some different types of docuementation for some examples:

Code as Documentation: When you craft code, your code should be clear enough
to self document what it is doing. Comments in code should tell you Why the
code is doing whatever it is doing. Docstrings, those comments at the top of
files, classes, functions and whatever else, provide an idea of usage. We'll
get back to docstrings.

README: Provides instructions on running your project and setting up
a devenv. Pretty essential to any project.

API Docs: Guide and reference for how to use your API. Should absolutely be
provided if you want people to use your technology.

Style guides: Document which detemines the style guide and conventions for
whatever. For example, should variable names follow PascalCase, camelCase or
under_scores? Well theres a lot more to this, but it sets the conventions for
the technology development, so we can all follow the same standards, which is
very nice.

Requirements & design documents: Bridge between devs and stakeholders,
outlines the architecture and overviews the software.

Wiki/Guides: Explains concepts for the technology. For example, I used
a ringbuffer like datastructure once and created a wiki entry to explain the
conceptual level of how it works. May also provide mathematics on how something
works, which is great as its a very efficient way of expressing concepts.

User manuals: How a user should use your product, but often also loved by
the SysAdmin.

So documenation come in very many flavors, and have many different use-cases.
There are some additional ones, such as QA documents, but those should almost
have a own blogpost for themselves.

With such complexity and so many different forms of documentation, there are
plenty of challenges with writing documentation:

So many engineers and developers hate it, or dont do it all. It is often joked
that omitting documentation gives work security, because when youre the only
one who knows the technology, then you cant be fired. hehe.

So with all these challenges, why bother spending time and resources to write
good documentation? Why even write documentation at all? Well: 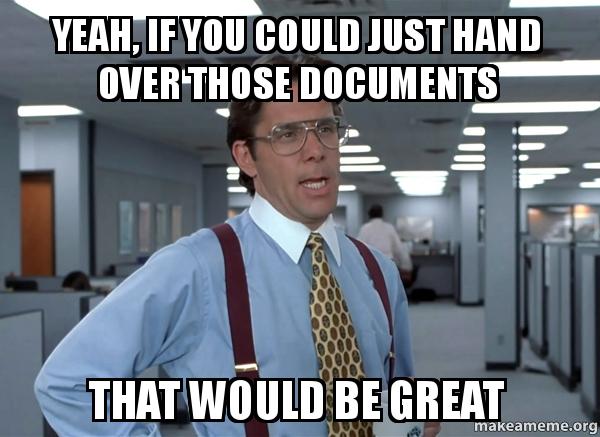 Okay great, but again writing bad and misleading documenation is worse than no
documentation. So we must apply systems and tools to automate and scale the way
we do documentation, so that we can be more efficient and effective at our
technical writing skills. Thus Im going to introduce a toolchain for docs
below, and we'll get started with some proper docs. Sound good? Great!

Sphinx is a rather mature documentation tool, being heavily used in the python
community, and written almost entirely in python. It is the tool used for
documenting a large number of open source projects, for example the:

First off on creating a scalable documentation stack with sphinx is to get
sphinx up and running. In addition I will host the test project on readthedocs,
for demo purposes and because its very quick and easy.

A good guide is already provided in the readthedocs docs. TL;DR we do the following

If the above commands succeeded, you should have very basic docs in your browser
now. Sphinx uses rst and many nifty things to bring home good documentation,
and you will use the web and sphinx doc when
doing your actual documentation.

However there is a few key skills which is important in order to write scalable
documentation, which I need to talk about, and that is modularization and
generating docs from docstrings.

Okay so lets extend the index.rst file with another file. Lets say we have the
following folder structure

To include the extended documentation, we write the following in index.rst:

This should include the api.rst file

First we make sure we can include our python code by adding the following in
our conf.py (fill out the path to the code):

and make sure the ‘sphinx.ext.autodoc’ extention is added to extentions in
conf.py. To write docstrings in a different format than traditional
reStructuredText (such as numpy below), include the ‘sphinx.ext.napoleon’ extention aswell.
You want to include your python module in your api.rst file, such as this:

Remember that it is included from the path set above.

Write docstrings in the code with, for example, the NumPy
style docstrings, and finally compile the documentation with make.

Now check out the docs, and you should see the docstrings in the documentation!

Deploying on ReadTheDocs is quite straight forward.
Just set up a new account (with github), go to Dashboard
and press “Import a Project”. Then select the repository with the sphinx
documentation and you should be flying

If youve come this far, you can look at my test deployment here

Round 2: Sphinx with gh-pages

Since can be useful to deploy on gh-pages (such as in round 3), this next point will take on how we do that.

Make sure you select y youre being prompted about githubpages

Finally you should have it deployed on gh-pages like this,
with this repo

Round 3: Sphinx with git submodules

Why do we do this? Well this is hugely useful if we have build our architecture
using microservices, and are not using a monorepo - which is common these
days. I wont go into details here - if you figured out Round 1 and 2 and know how git
submodules work, then this should be a breeze.

Round 4: Deploying docs with OAuth on Heroku

This blogpost originally came from the desire to update and
improve the way my company does documentation. Understandably, they and many
others do not want all their trade secrets and proprietary technology openly
exposed on the web, so I wanted to add a layer of protection on the
documentation. Say hello to OAuth.

Now Im not going to go into the depths of how OAuth works, as there are many
guides already on that subject, and it can become a blogpost of its own.
I want to just set up and deploy a layer of OAuth protection on the
documentation. So for this I will planned the following:

Cool, so lets get started!

The author of the Flask Dance library had written an example implementation
of Github OAuth, so I used it to get started. He also provided a very good
readme which I followed.

To check the organizations, I found an useful issue,
and github api docs so I deployed the app with the following code:

Some comments on the code above:

Deploying to Heroku was a breeze once I got into the jazz. The guide on the gh
repo was very nice to follow, but the basic steps are as follows:

Hopefully you now see that documentation is a large endeavour and that it is
worth doing right. If you have followed my instructions above, you should be
atleast a bit familiar with pretty decent documentation stack.

This post became quite long, but I hope you got something out of it. I know
I did, exploring this topic has been a fun journey.

What's on this Page